Skip to main content
It looks like you're using Internet Explorer 11 or older. This website works best with modern browsers such as the latest versions of Chrome, Firefox, Safari, and Edge. If you continue with this browser, you may see unexpected results.

What is Multicultural Education?

Multicultural education is a philosophical concept built on the ideals of freedom, justice, equality, equity, and human dignity as acknowledged in various documents, such as the U.S. Declaration of Independence, constitutions of South Africa and the United States, and the Universal Declaration of Human Rights adopted by the United Nations. It affirms our need to prepare students for their responsibilities in an interdependent world. It recognizes the role schools can play in developing the attitudes and values necessary for a democratic society. It values cultural differences and affirms the pluralism that students, their communities, and teachers reflect. It challenges all forms of discrimination in schools and society through the promotion of democratic principles of social justice.

Multicultural education advocates the belief that students and their life histories and experiences should be placed at the center of the teaching and learning process and that pedagogy should occur in a context that is familiar to students and that addresses multiple ways of thinking. In addition, teachers and students must critically analyze oppression and power relations in their communities, society and the world. 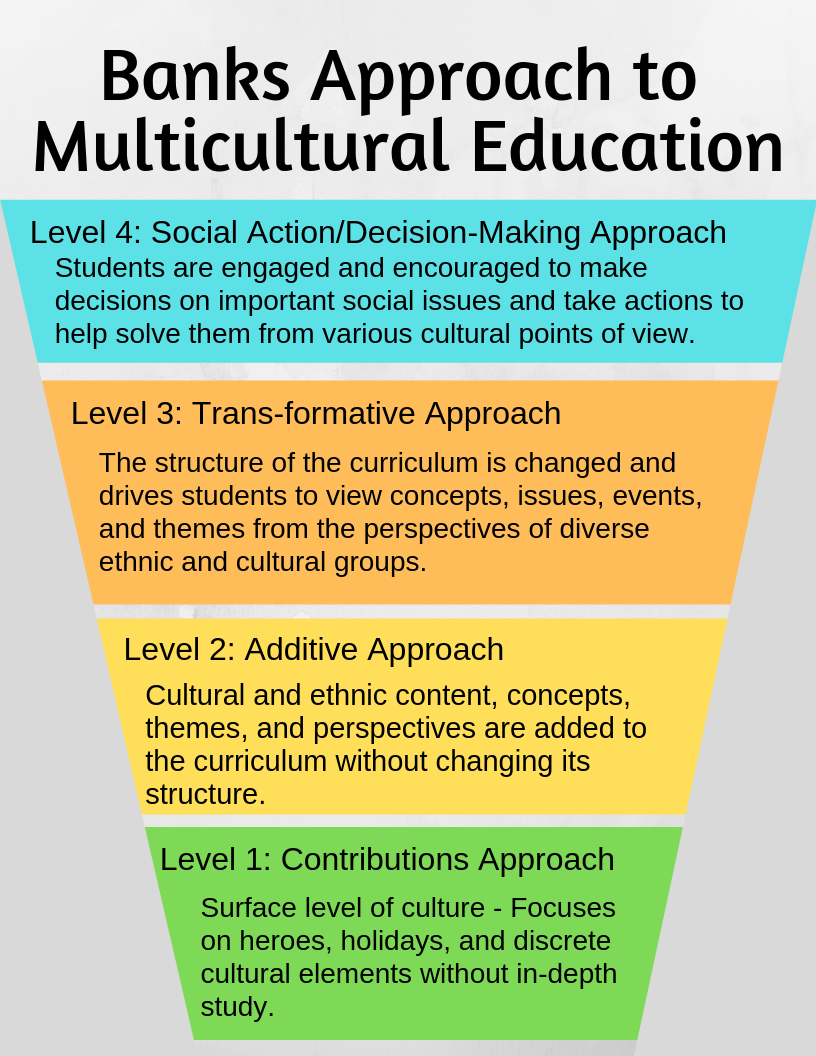