Evaluating News: Information and Its Counterfeits

This document will help you be able to distinguish real information from its look-a-likes, or counterfeits: propaganda, misinformation, and disinformation. Understanding the counterfeits will enable you to become a much more critical consumer of information. 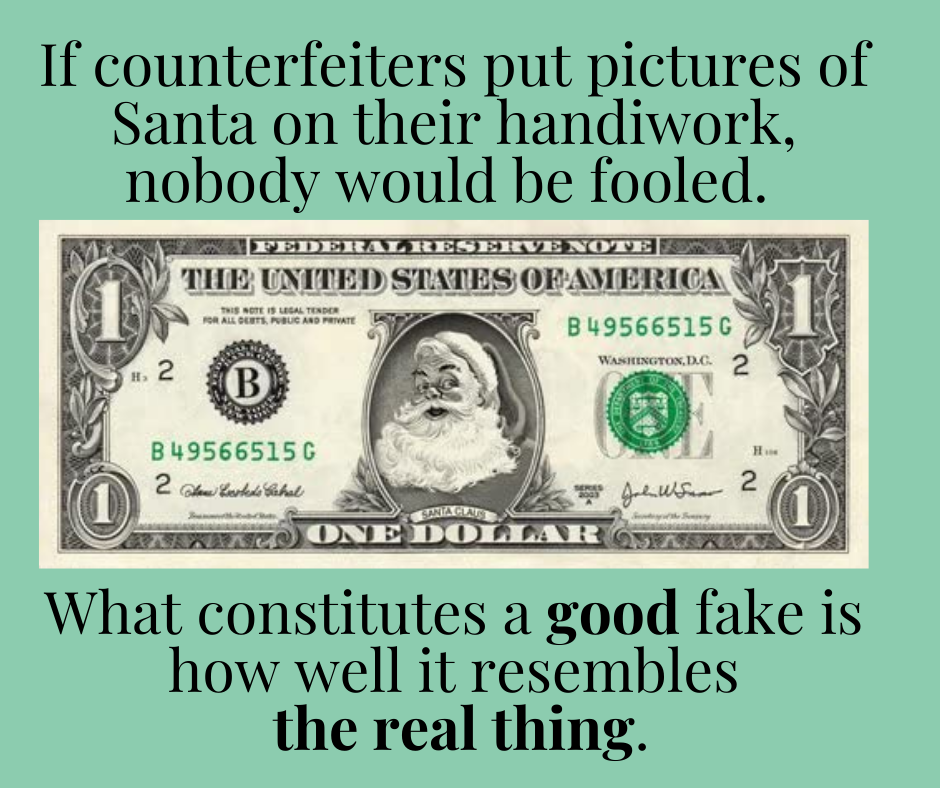 This is probably what you're looking for when you use the Internet for academic purposes. Information, at its most basic, is data set in a context for relevance. In other words, information tells us something that is understandable and has the potential to become knowledge for us when we view it critically and add it to what we already know.

Information should always be accurate and either free of bias or making note of its own bias. Information also needs to be useful for a given purpose to have value.

Propaganda is a commonly misused term. Because of its historical use, such as in the name of the infamous "National Ministry for Public Enlightenment and Propaganda" run by Joseph Goebbels for the Nazi government of Germany, many people associate propaganda with inflammatory speech or writing that has no basis is fact. In reality, propaganda may easily be based in fact, but facts represented in such a way as to provoke a desired response.

Political campaign speeches and party political statements are often, in reality, a form of propaganda. They fit this definition when they present the opposing point of view in an unfavorable light. All political organizations do this on a variety of issues.

Identify the terms used to color the information reported in each press release above. Read the releases again, deleting those terms. How do the statements sound different?

When you read documents or listen to audio or video files that characterize opinions or positions in terms of their integrity or moral content, you may well be in the presence of propaganda. Remember, the purpose of propaganda is to 'instill a particular attitude' to encourage you to think a particular way. Think for yourself: base your opinion on the facts, not the hype.

"Nobody's perfect" is an excellent rule of thumb in most cases but a bad omen when you're looking for information on the no-editorial-control Internet.

"It's going to require numerous IRA agents." -- George W. Bush commenting on Al Gore's tax plan, which he felt would lead to a larger Internal Revenue Service (IRS), and probably not a larger Irish Republican Army (IRA), in a campaign speech given at Greensboro, N.C., Oct. 10, 2000 (Read the Salon archive of "Bushisms")

One of the most popular forms of misinformation on the Internet, especially e-mail, is the passing along of urban legends. Urban legends are fabricated or untrue stories that are passed along by sincere people who believe them...and feel the need to "inform" others.

"If you're driving after dark and see an oncoming car with its headlights turned off, DO NOT flash your lights at them. This apparently is a new common gang member initiation "game" that goes like this: the new member being initiated drives along with no headlights on and the first car to flash their headlights at him is now his "target." He is now required to chase that car and shoot at or into the car in order to complete his initiation requirement." -- a recurring urban legend that has appeared in print, fax campaign, and through e-mail

Misinformation is perhaps the most difficult information lookalike to diagnose. Why? What strategies could you develop to determine whether what you are reading constitutes information or misinformation?

Urban legends, unlike Mr. Bush's acronym problem, sometimes begin in malice. They become misinformation when they are repeated by sincerely misguided people. Everybody makes mistakes...check the validity of everything you read before you put your belief in it and use it.

You have now reached the lowest of the low. Never underestimate the evil intentions of some individuals or institutions to say or write whatever suits a particular purpose, even when it requires deliberate fabrication.

One of the most notorious uses of disinformation was the dissemination of anti-Semitic speeches and writing by the Nazi party in Germany during the 1930s and 1940s. Unfortunately, disinformation didn't end with World War II. In fact, the Internet is an excellent vehicle for disinformation.

These two reports represent very different viewpoints on human rights in Tunisia. One of them may well represent disinformation. One good starting point in determining whether or not a document may constitute disinformation is to find out who owns the document or domain and then find out what that individual or group's mission or beliefs are. Ask yourself what the document owner has to gain by circulating the document.

Always validate or confirm information on individuals, institutions or groups, and countries that you find on the Internet. If you don't know who wrote what you read or why they wrote it, you don't know if it's trustworthy.