Guide to the 8th Edition of the MLA Handbook

What Is MLA Style?

MLA style is a system for documenting sources in scholarly writing. For over half a century, it has been widely adopted for classroom instruction and used worldwide by scholars, journal publishers, and academic and commercial presses.

Works today are published in a dizzying range of formats. On the Web, modes of publication are regularly invented, combined, and modified. MLA style was updated in 2016 to meet the challenges facing today’s researchers. It recommends one universal set of guidelines that writers can apply to any type of source. Entries in the list of works cited are composed of facts common to most works—the MLA core elements. Works are cited in the text with brief parenthetical citations keyed to the list of works cited.

Learn more about what's new in the eighth edition of the MLA Handbook.

How do I create hanging indents for my works cited page?

The USC Upstate Library supports student learning and information literacy.  Therefore, the library offers tools and resources for students to create their own citations and make informed decisions about citation styles.  The experience of creating citations offers students the opportunity to learn about the parts and elements of citations.  The process of creating citations strengthens both decision making and critical thinking skills.  The familiarity of citation principles is imperative when the accuracy of a citation comes into question. The library offers many print and online citation style resources.  The library encourages students to consult these resources to create their own citations basing them on established guidelines.

NOTE: These books mention MLA 7th edition not the newer 8th edition, some of the information will be correct some will not.  Be sure to use discression. 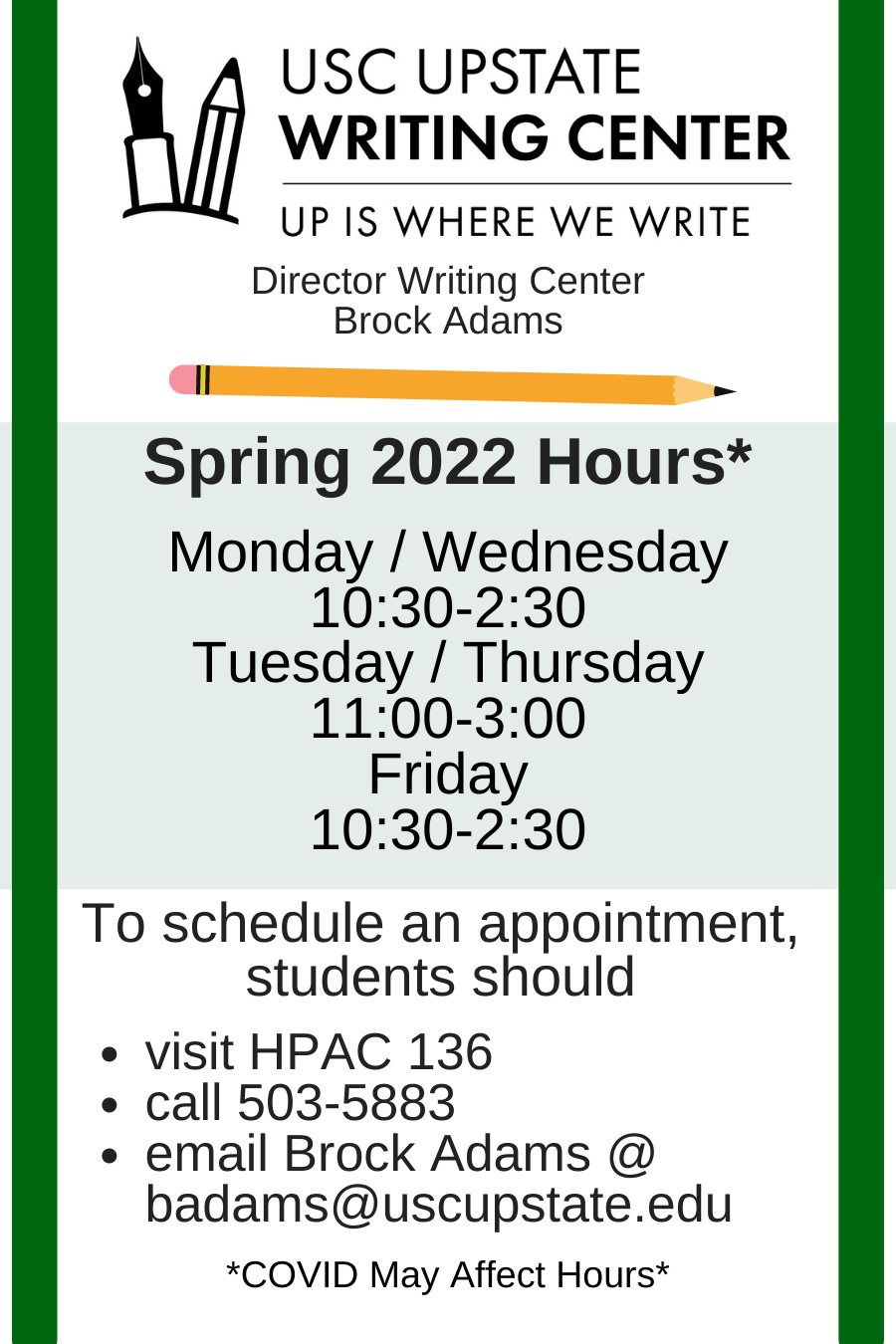